48 Hours Only
*SimpliCam may be new or refurbished

when you order any new
security system.

Thanks! Offer will be applied
automatically at checkout.

Thanks! Offer will be applied
automatically at checkout. 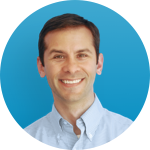 After his friends were robbed, Chad Laurans discovered a serious problem in the home security industry. No one was protecting renters. Alarm systems needed a ton of hardwiring and came with pricey long-term contracts that couldn’t be canceled. So Chad built something new.

Relying on his electrical engineering degree from Yale and an MBA from Harvard, he designed an advanced home security system for renters. He called it SimpliSafe.

Now SimpliSafe is the fastest growing home security company in the nation. SimpliSafe won’t lock you in a long-term contract and 24/7 professional monitoring is only $14.99 a month. Protect your apartment—the smart way.

Security specialists guard your home around-the-clock. Winner of Central Station of the Year for its speed and reliability. (2014)

The ultimate guarantee. We earn your business everyday. We’re so confident in our service that you’re free to leave any time.

Easy to Setup, Easy to Move

No drilling, no tools, no installation fees. Anyone can set up SimpliSafe in under an hour. Works in apartments of any size.

Traditional alarm companies want to put wires in
your walls because they know that installation is
difficult and expensive. So is ripping the wires out
when you want to cancel service.

The moment you let a traditional alarm company
put a system into your home, you’re typically
locked into a three-year contract with a
commitment of $1,547 (or more!).

Alarm companies will tell you they have "free"
equipment, then charge you $42.99/month for
monitoring, $12/month for a cellular connection,
and $24/month for a landline connection.

A Better Way to
Protect Your Apartment

With SimpliSafe, there’s no tools, no wiring and no
installation fees. Anyone can set it up in under an
hour. Just plug it in, place your sensors and your
home’s protected.

SimpliSafe never locks you in—you’re free to leave
any time. We work hard to earn your business every
day with outstanding security, fair prices and
legendary customer support.

Our professional monitoring service is only $14.99/month
and was named Central Station of the Year (2014) for its
speed and effectiveness. We’re able to offer the same
high quality protection for less because we eliminated
expensive middlemen like dealers and salesmen.

SimpliSafe’s wireless sensors are so easy to install, even your kids could do it! Why spend hundreds when installation is this easy? Do it with the kids and save—in under an hour!

Try it. Test it. Love it or Return it.

Try SimpliSafe if you want home security without being locked-in to 3 years of monthly fees that often total up to $1547 (or more!). No Commitments, No Signatures, No Lock-Ins.

SimpliSafe is wireless and installs in minutes. Your system arrives pre-programmed to work instantly. No wires, no strangers drilling holes in your walls. Do it yourself to save hundreds on installation and thousands with no-annual-contract alarm monitoring plans.

Love it... or Return it for a full refund. Test any one of our alarm system packages below. If you aren’t 100% delighted, call us within 60 days for a FULL REFUND and let us pay for return shipping.

Order today to get FREE SHIPPING and a FREE KEYCHAIN REMOTE

Looking for security in the US?

You're on the US site, which ships to our customers in the United States. Switch to the US site below.

ORDER NOW AND BE
PROTECTED THIS WEEK