Personal Gun Control: Safety Tips for You and Your Family 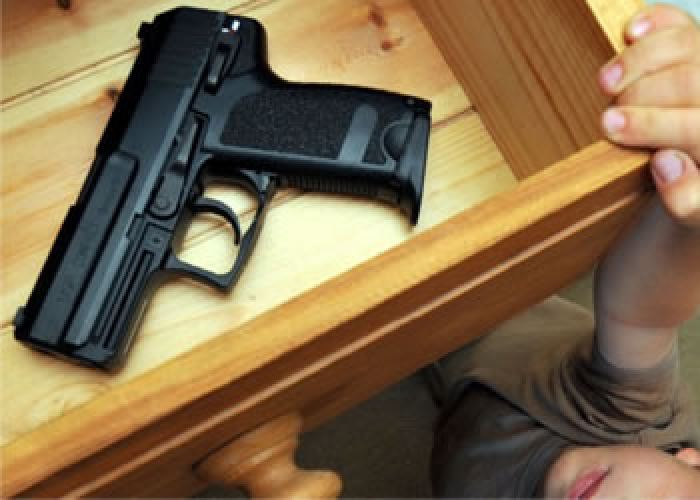 The recent tragedy in Newtown, CT has sparked a national conversation about gun control, but no matter where you stand on the particulars, everyone can agree that gun ownership is a big responsibility. Here at SimpliSafe Home Security, we don't presume to take sides on such a complicated issue, but we are committed to the safety and security of you and your family, so we researched gun statistics and safety tips. Here is what we found:

Gun Statistics Everyone Should Know

In light of the dangers illuminated by these statistics, we gathered some of the best gun safety advice we could find and summarized it below. Whether you own a gun or not, and whether these tips are brand new or a reminder, take some time to make sure you and your family are up to date.

How To Lock It Down

According to recent data, anywhere from 32 to 42% of American households own at least one gun. If you keep a gun in your home, make sure only the right people can get to it. A locked, insulated gun safe will keep out everyone from curious toddlers to home invaders - firearms are one of the most commonly stolen items during home burglaries. When you aren't using your gun, secure it with a trigger lock or chamber lock (make sure you choose one that can't be easily compromised). Finally, store ammunition separately from your gun to put an extra hurdle in the way of anyone who might misuse it.

The Golden Rules of Gun Handling

Before you handle a gun, review the safety steps. Groups and experts such as the NRA, the Royal Canadian Mounted Police, and American Pistol Institute founder Colonel Jeff Cooper each recommend their own sets of guidelines. Here are some lessons we took away:

In addition to these basics, it's important to clean and maintain your firearm regularly, use the right ammunition, and wear eye and ear protection while shooting.

Learn the parts of your gun, how it works, and how to clear potential malfunctions before you use it. Then, make sure what you're doing with your gun is legal! Different states regulate firearm and weapon usage in different ways - there are over 20,000 gun laws on the books in the United States, and some of them are unexpected (for example, did you know that in Texas, it's illegal to shoot a buffalo from the second story of a hotel?). Familiarize yourself with your state's laws regarding storage, licensing and permits, ownership, carrying, and self-defense - you can find these on your home state or local police department's website, through a compilation website, or by contacting your state's public safety officer.

Don’t Own A Gun? Doesn’t Matter - Everyone Must Teach Their Children About Gun Safety

Guns in America are a fact: 32% of households have a gun, and recent estimates put the country's total firearm count at 270,000,000. Given that reality, all of us should take the time to have a gun safety conversation with our kids. Here’s why: A recent study estimates that 90% of accidental firearm-related deaths of children occur in the child's home or at a friend's house (and most of these happen in the late afternoon, on the weekends, or in the summer, when kids are most likely to be on their own).

Teach your kids to follow these rules if they encounter a gun: stop, don't touch, leave the area, and tell an adult. Remind them to tell you or another adult if they hear anyone talking about bringing guns to school or anywhere else inappropriate. Finally, kids may get unrealistic ideas about guns from cartoons and video games in which people get shot and then pop right back up again. Make sure everyone in your family understands that guns aren't toys, and that using one has lasting consequences. You can find more in-depth & age-specific advice on how to have a gun safety conversation here.

Disclaimer: We are not gun experts. All the information in this post was gathered from around the web to help promote safety awareness. If you have more safety tips to offer, please share them in the comments so everyone can benefit from greater access to safety info.